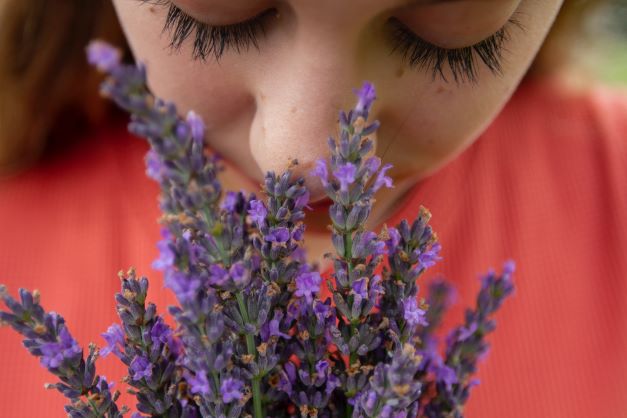 Hey folks! We’ve talked about Terpenes in a previous blog post where we touched on some of the general properties of terpenes when it comes to your cannabis experience. That was merely the tip of the spear when it comes to terps and their effect on the human body, so we’re going to dive into a few of the top terpenes that you’ll encounter during your cannabis journey. I am going to be touching on the potential medical benefits of these terpenes, but in no way are we in the business of prescribing cannabis as a cure for what ails you, simply because we aren’t qualified to make that assessment! With that out of the way, on to the terps!

The sheer variety of terpenes that occur in plants, particularly cannabis, is an exhaustive and long-winded list. As such, we’re going to zero in on some of the most common terps that you’ll find in most flowers. As a reminder, the terpenes carry not only the flavour of the flower, but also are responsible for a lot of the benefits and effects that we feel when imbibing cannabis. If you’ve ever wondered why that 15% THC flower got you way higher than a 20% flower, the answer is almost certainly the terpene concentration.

Ah, myrcene. Easily the most common terpene, it’s found in good concentrations in most cannabis strains. It has an spicy almost peppery smell and flavour that is reminiscent of the smell of hops (which is appropriate cause myrcene appears in the hops that go into making beer). Almost half of all of the cannabis strains on the regulated market feature myrcene as the dominant terpene, so it’s almost impossible to smoke cannabis and not encounter this prolific little terp. Research has found that myrcene has a relaxing effect on the human body, which is why it often features prominently in indica leaning cannabis strains. It is also being looked at very closely for its pain relief properties and seems to be at least partially responsible for many of the analgesic (pain fighting) properties in cannabis. If you’ve smoked Pink Kush (or really any kush strain) you’ve experienced myrcene in all of its glory.

Caryophyllene is another very common terpene that lends the flower a spicy smell and flavour reminiscent of black pepper or cloves. Of the common terps, it’s one that is being looked very closely for the medicinal benefits it can potentially provide. Like myrcene, it has possible analgesic and anti-inflammatory properties, making it a good strain for those looking for a bit of pain relief. A ton of research is going into looking at caryophyllene as a potential medicant for those looking for relief from depression and anxiety. As a common terpene it’s easier to name the strains that don’t contain caryophyllene than it would be to list all the ones that do. If you’ve partaken of some GSC, Cookies n Cream or Master Kush, you’ve sampled some caryophyllene and reaped some of its amazing benefits. This is definitely one to keep an eye on.

The last common terpene we’ll be looking at this week is the humble humulene. This is another terpene that has a smell that you’ll find in most beers due to the similar genetics between cannabis and hops. The smell is earthy and woody with a bit of a spicy tone, a classic cannabis smell if there ever was one. Potential benefits of humulene include anti-inflammation and anti-bacterial benefits. Also, it’s being looked at very closely by researchers as one of the terpenes that may carry cancer fighting properties and anything that can potentially put cancer in its place is alright in my books. If you’re looking to add a little humulene to your life, try out strains like Candyland or Headband, where you’ll find a good concentration of this terpene.

Paying attention to the terpenes that are present in the flower you’re smoking, or vaping is a sure-fire way to bring your cannabis game higher. Keeping track of them can help you to find the strains that really speak to you and knowing the effects of individual terpenes can help you find the flower that’s going to give you the effects you’ve been looking for! As stated above, this is just a small sampling of the most common terpenes, of which there are hundreds. So, next time you’re in the store, feel free to pick our brains and check out our terpene charts to being the journey of identifying what the best balance of terps works for you!

PrevPreviousBeverages – How is it made?
NextThe Legalization of Cannabis: Canuck EditionNext