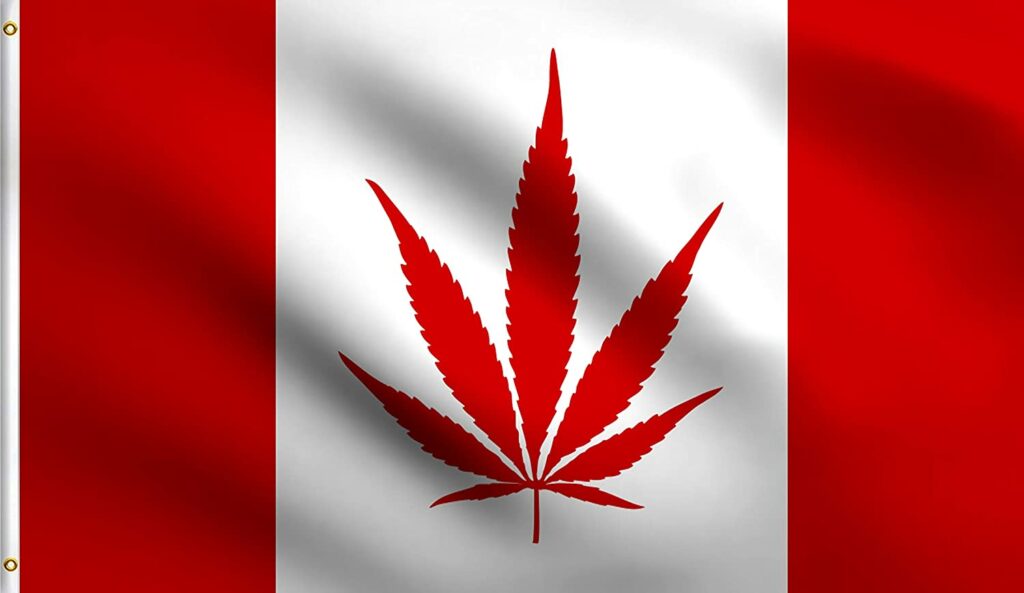 The Legalization of Cannabis: Canuck Edition

Hey folks! We’ve covered in a previous post a brief history of the cannabis plant and how it propagated across the old world. This week, we’re going to focus in on our own little corner of the planet and take a look at the history of cannabis in the Great White North with a particular focus on the journey to regulation.

I’m not one of those “My country is better than your country!” school yard types but it’s easy to see that living in Canada is pretty sweet for a number of reasons. One of the many reasons to be happy that we live where the moose roam is that we were one of the first countries in the world to legalize and begin the regulation of cannabis and cannabis-based products. As a result, we’re on the cutting edge of cannabis research as it is becoming more and more readily accessible to those who need it for its potential medicinal value and those who want it for it’s proven recreational effects. This obviously wasn’t always the case and the story of how cannabis went from zero to hero in the eyes of lawmakers is a long and winding tale. So, let’s start at the beginning!

Back in the day…

In the majority of the world, Canada included, cannabis was considered a medication up until the mid 20th century. In Canada’s case, it was criminalized in 1923 along with opium and other narcotics like morphine and cocaine. This wasn’t a huge blow to the average Canadian, since it wasn’t a commonly consumed substance with those of European ancestry. However, these particular bills were passed with the intention of targeting other cultures practices in the hopes of curbing immigration of certain minorities and limit the autonomy and spiritual practices of Indigenous Canadians.

Anyway, the outlawing of cannabis in Canada was immediately followed by a slew of arrests. Just kidding, it was ten years before a single arrest was made. Cannabis use was so infrequent amongst the majority of Canadians that the passing of that law had almost no impact aside from the previously mentioned racially motivated one. The crime of marijuana possession carried a fine and the possibility of jail time but was largely ignored since its usage amongst those of European descent wasn’t as prevalent here as it was in other parts of the world. It wasn’t until the 1960s that we started to see an uptick in cannabis usage amongst college aged people. With this surge in popularity, an increase to the punitive actions taken for possession and use of it was quick to follow. Now, the maximum penalty for marijuana related crime was a 14-year prison sentence.

You just killed my buzz dude…

Yeah, history can be a buzzkill sometimes. Let’s fast forward a bit to the beginning of happier times for cannabis users. The year 2001 was when medical cannabis got its day in the sun, becoming legal for patient use with a prescription from a doctor. Medical cannabis legislation in Canada took on a variety of forms as time went on, evolving to better include cannabis products like edibles and oils, which were gaining popularity amongst those looking for relief without sacrificing their pulmonary health. Of course, a silly thing like a law didn’t stop police from cracking down on medical dispensaries even when they adhered to all the conditions and restrictions as outlined in the current form of medical cannabis legislation.

As time went on and more research was being done on cannabis and its benefits, more and more people started to see its inherent value and began to call to a change of legislation that would legalize or at least decriminalize cannabis. After a few false starts and attempts by conservative government members to roll back the clock and criminalize it further while simultaneously stalling bills that would have decriminalized cannabis, it was finally legalized in 2018. The rest, as they say, is history.

It took us a while to get here, but it bears remembering that we were one of the first to move towards legalization and cannabis is still considering illegal in the majority of the world where old fashioned ideologies outweigh scientific fact and in-depth discourse. So, once again let’s give a little bit of a heartfelt thanks to our country and legislators for legalizing this wonderful little herb and helping to make trials and tribulations of the 21st century a little bit easier to deal with.

1 thought on “The Legalization of Cannabis: Canuck Edition”