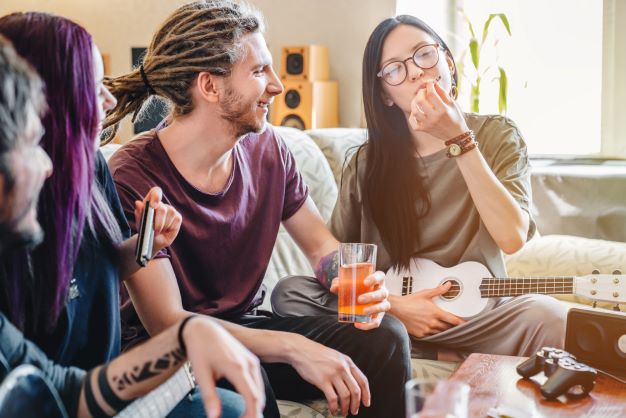 Stem to Shelf, Protecting your Cannabis

Before you buy your cannabis and it makes the quick leap from the package to the bowl or joint you’ve prepared, it has already gone on a pretty wild journey. We’re all about educating our customers on the different techniques used by different growers with their flower to attain the level of quality they’re aiming for. Knowing what is being done and isn’t being done to your cannabis flower post cultivation is just as important as knowing what the strain name and type are. Sometimes more so! With that in mind we’re going to be doing a few posts about some of the methods Licensed Producers and growers use to make sure that you get the product you’re looking for. This way we can answer some of your burning question. Questions like, what’s the difference between irradiated and non-irradiated flower?

Yep! Some growers use the power of the atom on their cannabis. Don’t freak out though, there’s not about to be some kind of Godzilla-Kaiju weed monster stomping through the city of Toronto anytime soon. The process of irradiating cannabis involves dousing the flower in gamma rays, hulk style, to eliminate any bacteria, yeast, mold etc. that one doesn’t want on the plant. It’s a process that ostensibly doesn’t have any negative effects on the quality of the cannabis it’s used on. The same radiation levels are used to sterilize medical tools and used in the preparation process for astronaut food, so it’s definitely safe for humans. Not so much for things like mold and mites.

However, for those who are still leery about having their flower exposed to the power of the nuclear age, there are tons of growers (especially craft growers) who use alternative methods to prevent mold and bacteria buildup on their flowers to ensure that the product is up to health standards.

Many other growers rely on alternative methods to irradiating to maintain the quality of their flower, either because they are not fans of the idea of irradiating their flower or because they are committed to doing things the “old fashioned way”. As is usually the case with old fashioned methods, they involve a lot of work and attention to detail. These growers spend an inordinate amount of time monitoring the moisture levels in their grow rooms, regularly defoliating their plants to maximize airflow and reduce space for bacteria to develop and meticulously finding and eliminating potential mold or bacteria before it gets a chance to compromise the rest of the plant.

During the flowering stage, cannabis can become even more susceptible to mold buildup, so it becomes much more important for growers who avoid radiation to double up their efforts to make sure that they maintain ideal moisture levels and keep a close eye on their plants during this period.

Finally comes the curing period. The methods used for curing actually help to prevent mold and bacteria from affecting the cannabis since curing the flower involves keeping it in a dry, sealed space; ideal for keeping moisture levels low and preventing mold from attacking it. This is not to say that they can simply stop paying attention. It’s still vitally important that they keep an eye on their bud during the curing stages to prevent dastardly microbial life from rearing its ugly head in this last crucial phase.

No kidding. This is why growers who produce huge volumes of cannabis tend to use radiation to destroy anything non cannabis related that might have opted to call the plant home.

So, next time you see a product that says irradiated or non-irradiated, you’ll know that it simply means that a low dose of radiation might have been applied to the plant to make it safer for human consumption and you won’t have to worry about having a Little Shop of Horrors situation on your hands.

Check out our flower menu today!